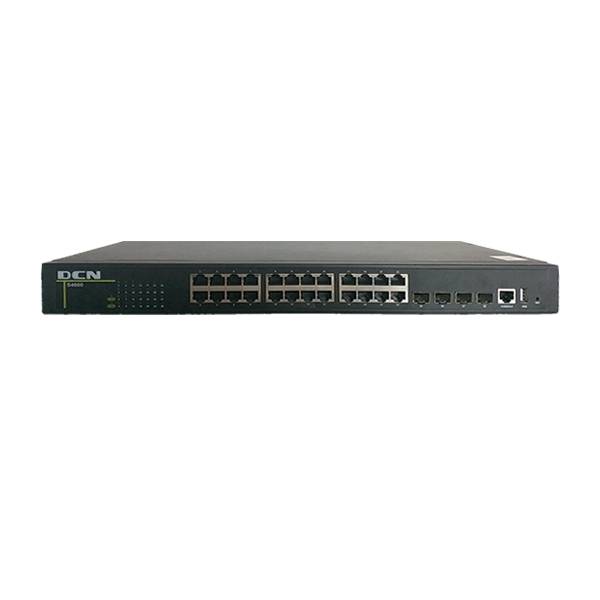 S4600-28X/52X-SI is equipped with the full GE ports and 4 SFP+ uplink ports, it integrates advanced management and security functions to provide performance and scalability.

Equipped with the full GE ports and 4 SFP+ uplink ports, S4600-28X-SI provides a solid foundation and more than enough bandwidth for your business applications today and in the future.

S4600-28X-SI supports L3 forwarding allowing you to segment your network into workgroups and communicate across VLANs without degrading application performance.

Virtual Switch Framework can virtualize multiple DCN switches into one logical device, achieving the sharing of information and data tables between different switches. The performance and ports density of the virtualized device is greatly enlarged by times under VSF. VSF also simplifies management work for the network administrator and provides more reliability.

S4600-28X-SI supports 4 10G uplink ports, which could be designed to offer redundant uplinks with various ring protection applications, effectively raised the expansibility and performance of the network.

G.8032 provides sub-50ms protection and recovery switching for Ethernet traffic in a carrier ring topology. S4600-28X-SI supports G.8032 v2 and can be deployed in a variety of complex network topologies including single ring, tangent ring, intersecting rings, double rings, and other home networking.