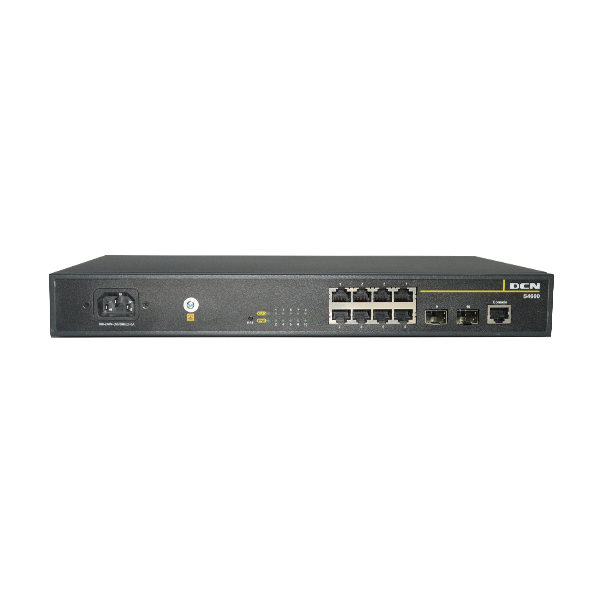 
Send email to us Download as PDF
User Manual

S4600-SI series complies with IEEE 802.3az (Energy-Efficient Ethernet) standard, dramatically lower power consumption. With the Innovative port-LED Shut-off function, the user can automatically set the switch port-LED UP or DOWN at a specified period according to their needs to achieve functional, energy-saving correct results. A full account of low noise requirements of the environment, S4600-SI uses Fanless Design and Smart fan strategies to real-time temperature monitoring system, and reduce the noise pollution.

S4600-SI series support 4 Gigabit uplink ports, which could be designed to offer redundant uplinks with various ring protection applications, effectively raised the expansibility and performance of the network.